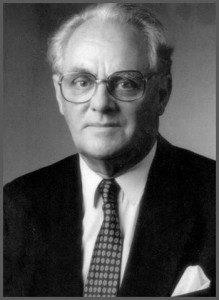 What’s the best way to take mineral supplements? Picolinates? Amino acid chelates? Chelates involving other organic acids such as citrates? Whenever anyone asks my opinion on such matters, I find myself giving an answer they often don’t expect: “Try orotates!” The blank looks I usually get in response tell me that most people need some educating on the subject, hence this article.

Orotates are the mineral salts of orotic acid, a natural substance found in our bodies and also in various foods including dairy products. As theorized many years ago by the pioneering German physician Hans Nieper, orotates are a component of a natural system of electrolyte carriers for distributing minerals throughout the body. (A different compartment of this same system uses amino acid complexes such as aspartates and arginates to deliver minerals.) Based on his observations of cells in culture, Nieper concluded that molecules of calcium orotate and magnesium orotate can pass through cell membranes intact without “dissociating” or breaking apart into their component ions, and thereafter release their respective ions only at specific membrane sites within the cell. Subsequently he extended this principle to include other orotates such as lithium and zinc.

Working at his clinic in Hannover, Germany, Nieper applied his unique discoveries to the treatment of numerous devastating conditions. Over the course of more than four decades Dr. Nieper treated thousands of patients with his innovative mineral transporters, many apparently with great success. However, in later years he published relatively little in medical journals, preferring instead to reserve his time for treating patients and for presenting occasional seminars about his work to medical professionals and consumers. As a result, his discoveries have been considered controversial by mainstream medicine or simply ignored, at least until recently.

Hans Nieper died in October, 1998 at the age of 70—ironically just at a time when many of his ideas had finally begun gaining wider acceptance. Only a few weeks before his death, in fact, the collected papers from a symposium on the medical uses of magnesium orotate were published in the journal Cardiovascular Drugs and Therapy. Overall, the symposium lent credence to Nieper’s claims for the cardiovascular benefits of magnesium orotate while calling for additional human trials.

How do the orotates work? The fact that orotate salts are stable against dissociation and also electrically neutral seems to be crucial for their ability to participate in intracellular mineral uptake and transport. Free orotic acid (OA) is known to enter cells by simply leaking (diffusing) through cell membranes, rather than by active transport. Diffusion is a relatively inefficient process, however, which limits the amount of OA that can enter a cell. On the other hand, uracil (which differs from OA only in the absence of a carboxylic acid group) is taken up efficiently by a transporter protein which binds to uracil molecules and drags them into the cell. This transporter appears to be specific for uracil or similar pyrimidines which are uncharged, but not for uracil’s close cousin OA which is negatively charged at body pH. Neutralizing the charge on orotic acid by complexing it with a mineral would allow for direct uptake of OA by the uracil transporter and thus account for enhanced uptake of the mineral as well. In addition, neutralizing the charge on OA makes the resulting complex more lipophilic or “fat-loving” than free OA; as a result, the orotate complex would be expected to diffuse more easily through the lipid membranes of cells. Essentially just such a mechanism was proposed by Nieper for enhancing the diffusion of mineral ions across cell membranes.